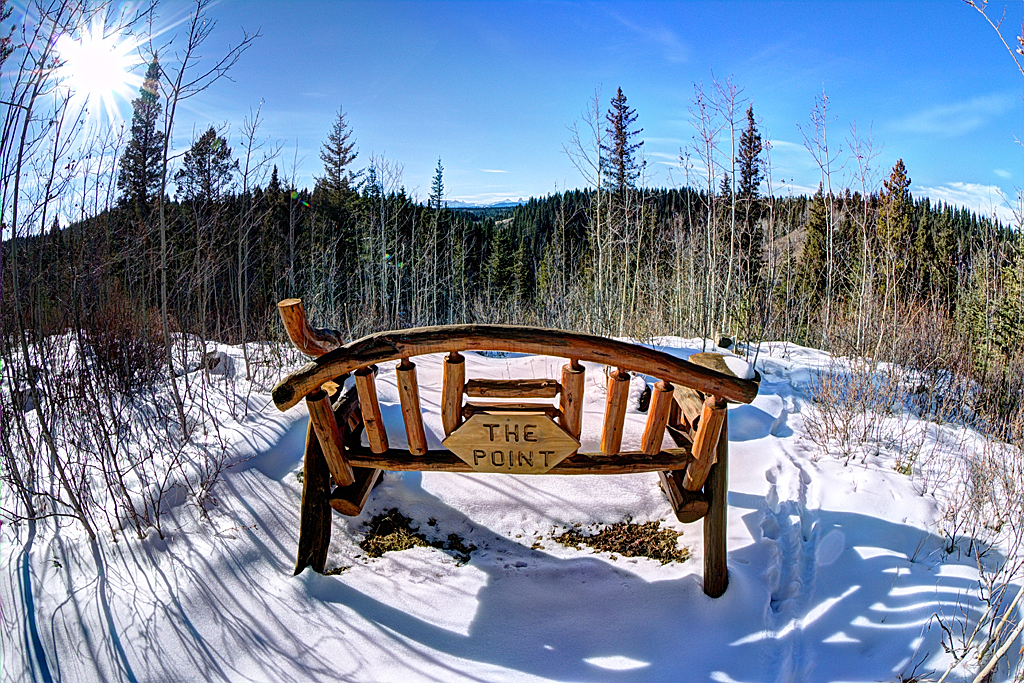 I’ve played around a bit with HDR (High Dynamic Range) photography before, but I often find the results overdone and unrealistic. Usually when an HDR image is overdone, the photographer simply labels it as “creative”. [pullthis id=”creative”]Creativity comes from mastering skills and having a vision — not from letting software get out of control.[/pullthis]

[pullshow id=”creative”]That said, there are times when I do find HDR useful and I wanted to get a little more practice with HDR techniques using the bracket exposure method (-2, 0, +2).

Yesterday was a good opportunity to get some test shots. I spent the afternoon wandering around the property at our cabin, creating some bracketed exposures. It was a good day day for HDR: the sun was out in full force; a recent blanket of snow was lingering in the trees; the trees were casting deep shadows all around; and, not to be under emphasized, there was very little wind, which meant that ghosting between frames could be minimized. For my own sanity I shot everything on a tripod.

Back at my computer I downloaded a few HDR software trials. (I find the Merge to HDR Pro feature in Photoshop to be a bit junky.) I decided to compare the results of Photomatix Pro, by HRD Soft, and HDR EFEX PRO 2, by Nik Software (I have been using Nik Software’s Snapseed on my iPad).

HDR EFEX PRO 2 seems like a good piece of software. It runs as a Photoshop plug-in, which I like the idea of, in theory. In reality however, it runs a bit slow for my tastes (I have a new Mac Mini on order, so I’ll try it again on on more modern hardware). There seem to be a lot of bells and whistles in HDR EFEX PRO 2 which can be good or bad depending on your point of view. I do like the before and after comparison view. The end results, from my limited testing, seemed fine. There seems to be a steep learning curve though to get the results I want.

Photomatix Pro might not be as pretty as HDR EFEX PRO 2, but what it lacks in sex appeal it makes up for in speed. It’s ghost removal tool is very easy to use and works wonderfully (again in my limited testing). I settled on using “fusion” mode for my images, as it was the easiest to work with and gave me the visual results I wanted — a little more contrast but at the expense of some shadow detail. There aren’t a lot of bells and whistles in Photomatix Pro, but for the moment it will do for me. I do wish it had the spot adjustment and graduated neutral density features of HDR EFEX PRO 2.

So, for $99 (minus a discount), I got the watermarks removed from Photomatix Pro and went to work.

I used unprocessed raw images from my Canon EOS M for all the HDR photos. Since this was my first time doing bracketed exposure HDR I made more exposures rather than less, and I am glad I did. I’d dug out and used my old Seconik L-508 light meter yesterday. I hadn’t used it in years and hadn’t bothered to calibrated it to the EOS M. It looks like all my neutral (0) exposures were underexposed by about half stop. As a result, I had to compensate in Photomatix Pro by boosting the mid-tones. Once I settled on a good group of settings though, I was able to use them with only minor tweaks for the rest of the images.

[pullshow id=”screaming”]I like the results, as images in themselves, but I’m still not sure HDR is the right look for me. [pullthis id=”screaming”]Hopefully, these images are not screaming “HDR” at you anyway.[/pullthis]

I also made some exposures with my Lensbaby Pinhole optic while I was out walking around. That lens creates the softest focus, lowest contrast photos you are ever likely to capture with an 18 megapixel sensor! At f/177 it might also be the smallest aperture 50mm lens I will ever own. The results are at the opposite end of the spectrum from HDR, technology-wise, but are fun none the less. I will share some of these pinhole photos if I get a good set created sometime.

P.s., A big thank you to my friend and fellow photographer, Rob. Rob is technical wiz and the first person I go to when I have questions about some new photography technique. Chances are pretty good that Rob will already have tried it out, tested the hardware, evaluated all the software, and will be ready to jumpstart me on the road to photographic discovery. 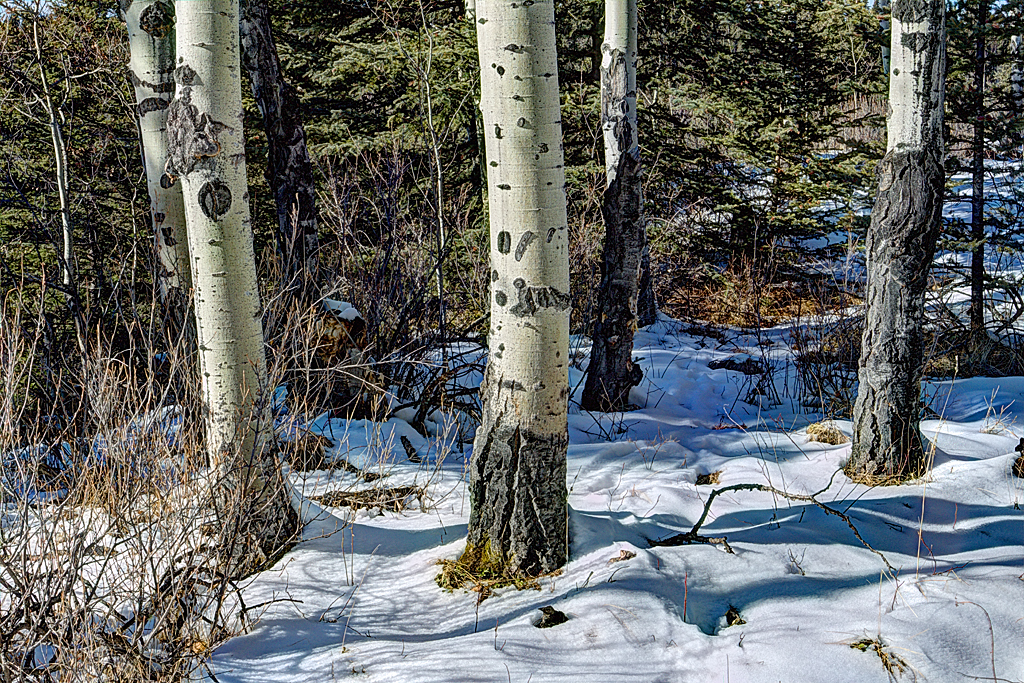 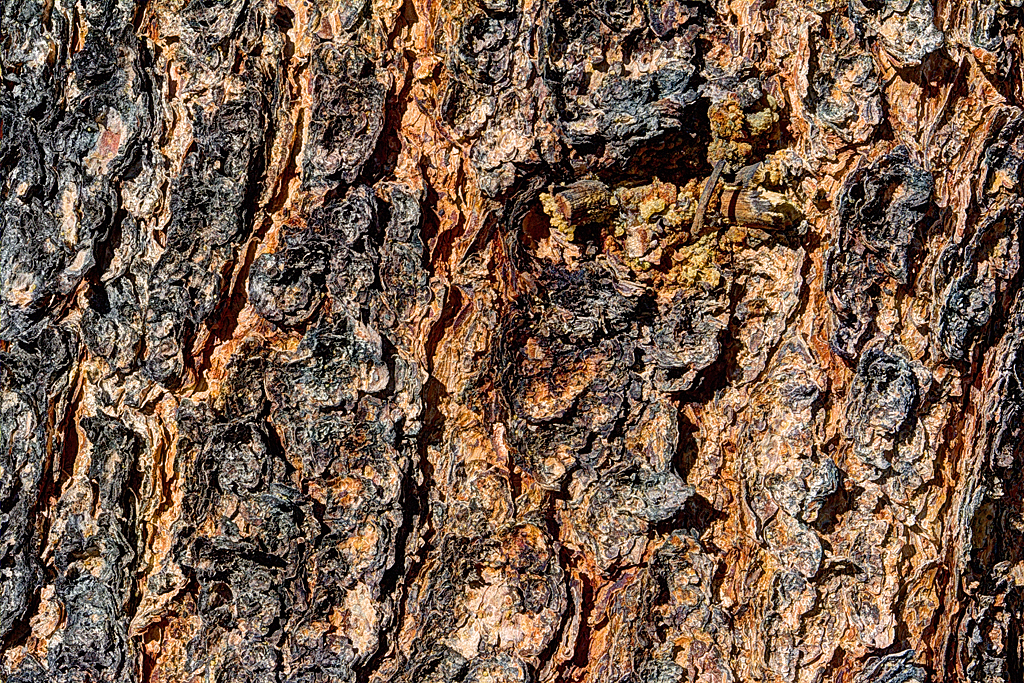 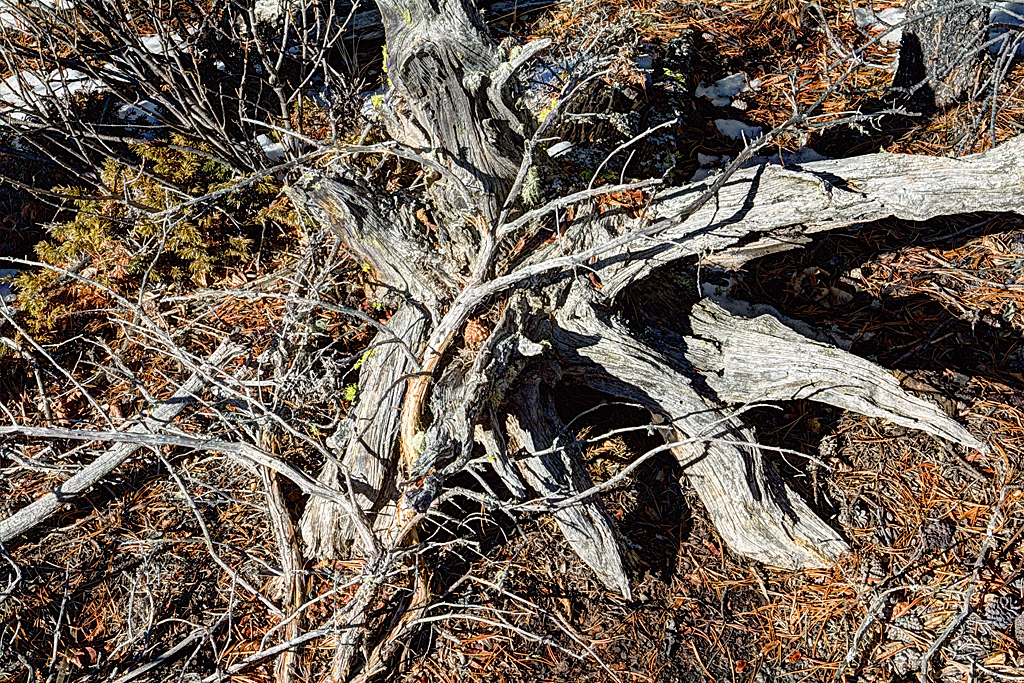 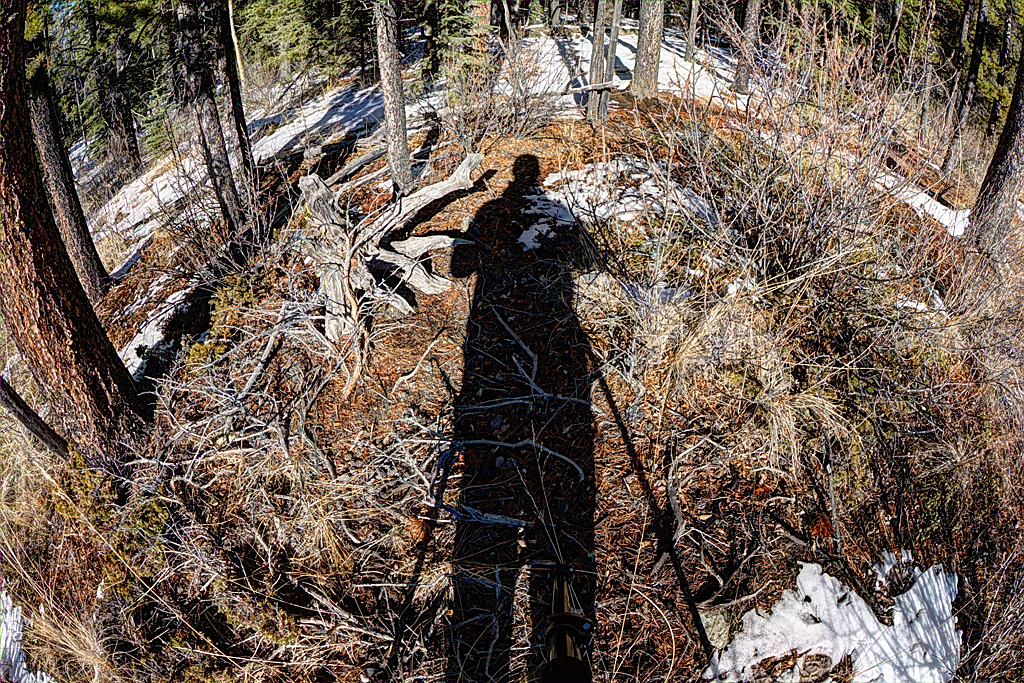 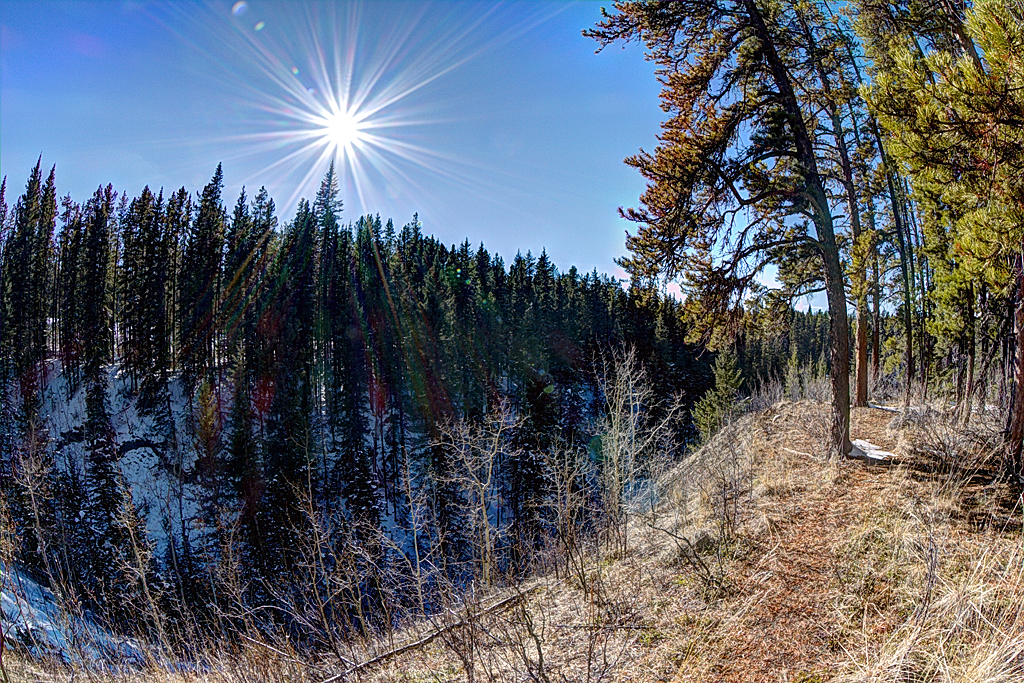 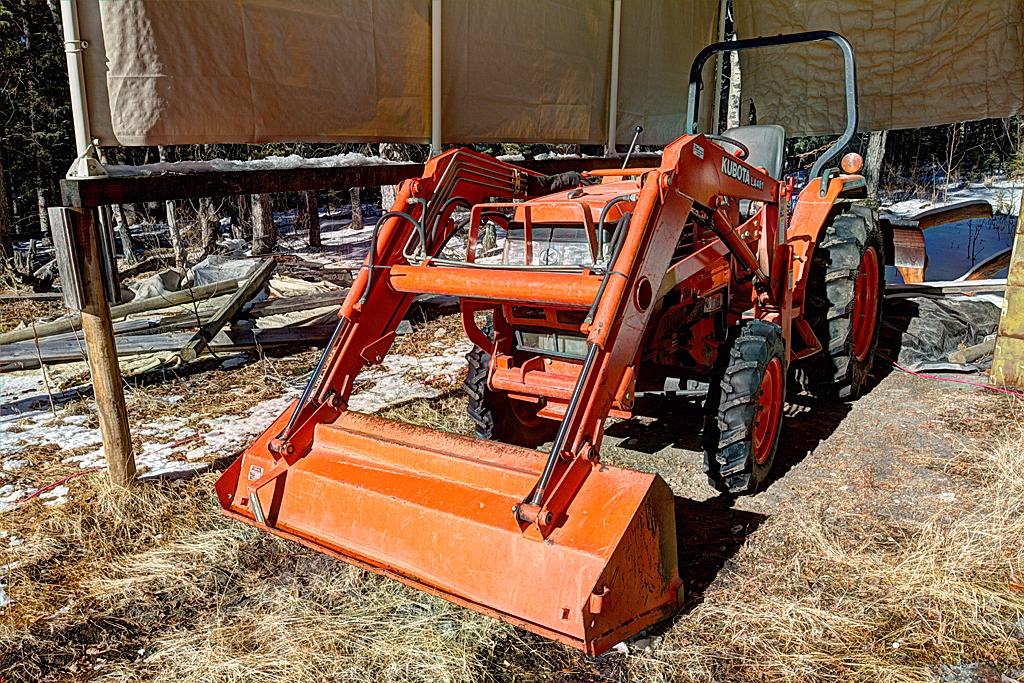 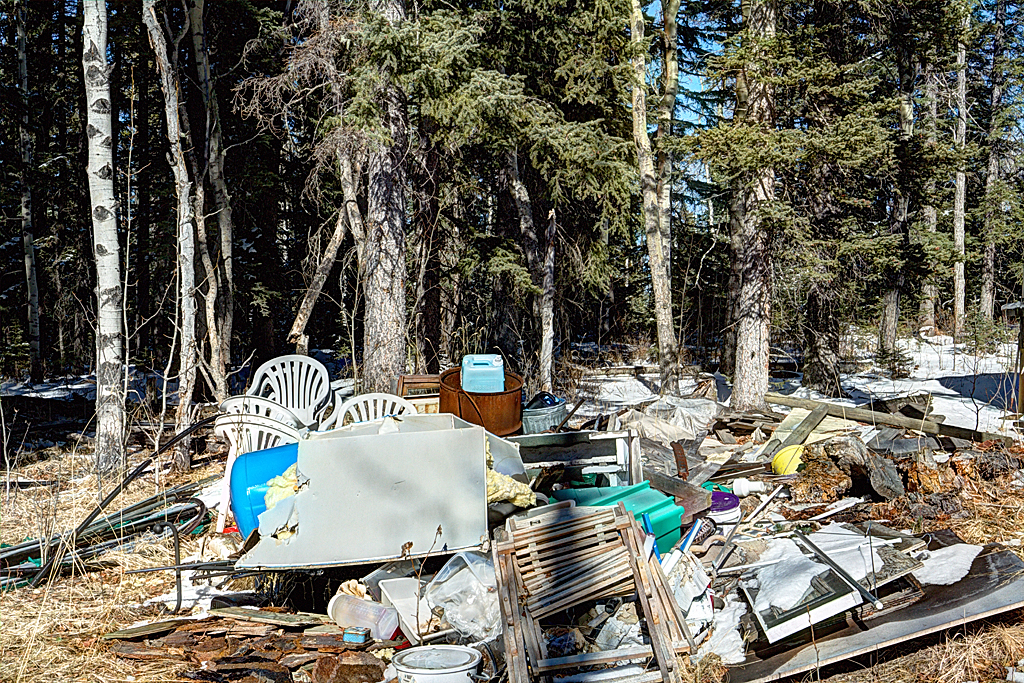