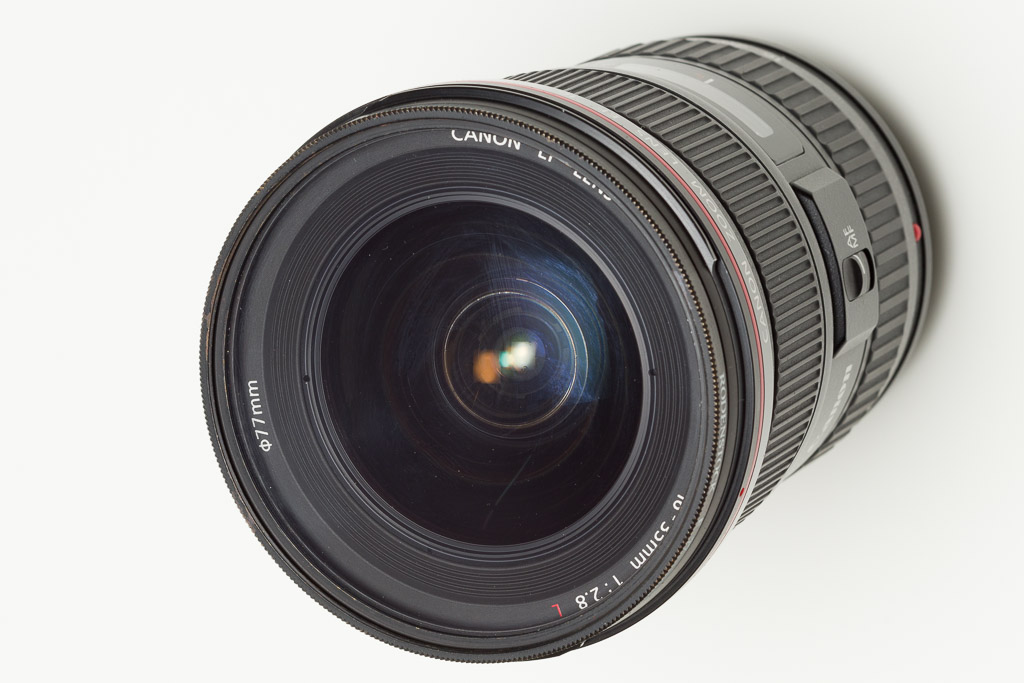 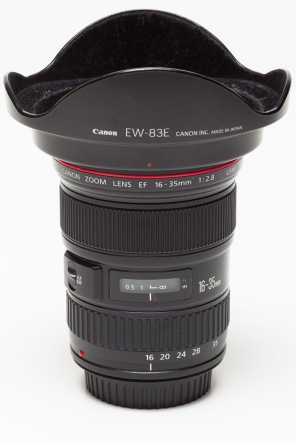 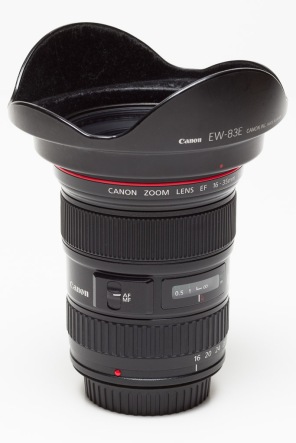 For many years this was my primary lens, originally on the last of my film bodies, and then later on my first DSLR, the ground-breaking Canon 10D. However, as time went on and I started travelling more, I switch to using a smaller, lighter, cheaper, and more versatile Canon EF28-105mm f/3.5-4.5 II USM as my everyday lens. 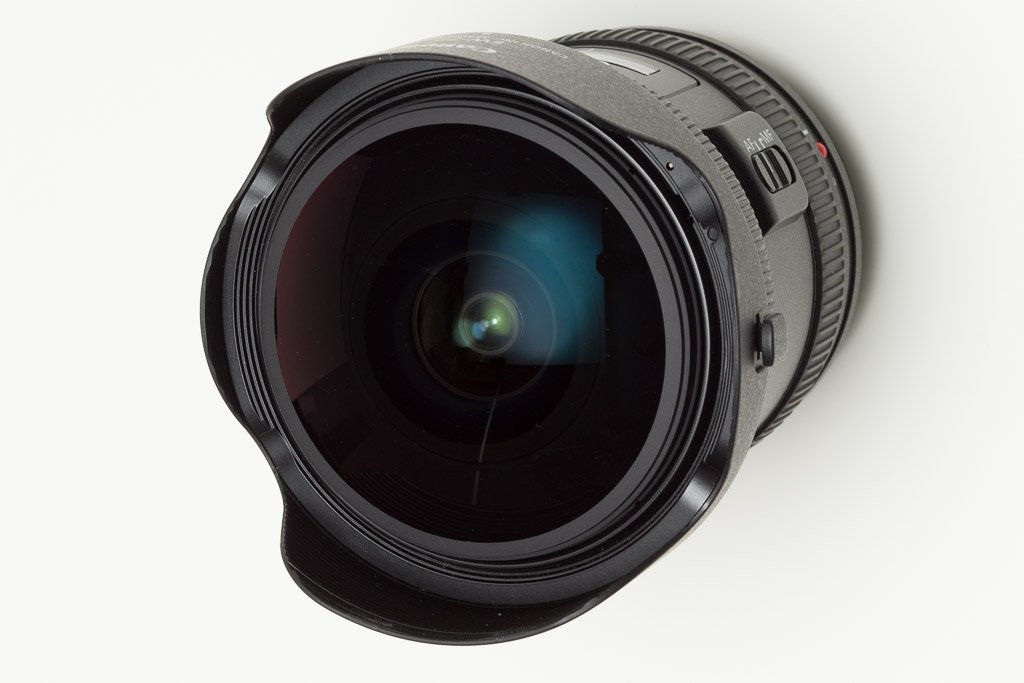 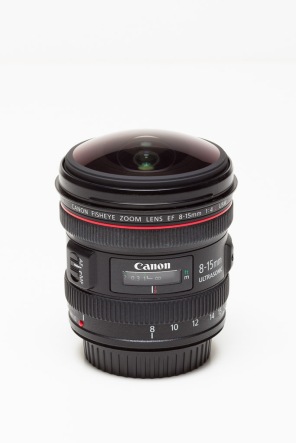 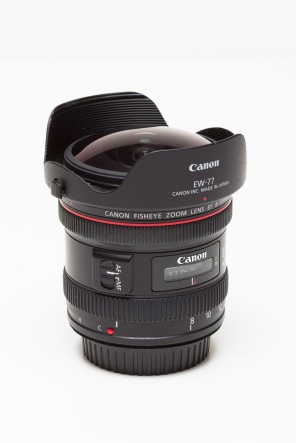 The world’s first lens of its kind, the Canon EF 8-15mm ƒ/4 L Fisheye USM was introduced in 2011 and I acquired my copy in early 2013. It is a versatile lens, producing circular, 180° fisheye images on full-frame cameras. At 15mm, a rectangular image is possible on full-frame cameras. On APS-C, at the 8mm focal-length the top and sides of the image circle are clipped, but a ~175° horizontal image is still possible. The Limit switch locks out the wider focal lengths so no corner clipping occurs on an APS-C sensor (the focal-length is limited from 10mm to 15mm).

This is an absolutely unique lens as far as I know. There is no other auto-focus zoom fish-eye lens with this focal range on the market for any lens mount. In early 2020, the lens is priced at $1249 USD.

The images quality is quite good at the centre of the image, but can be quite soft near the edge of the image circle when shooting wide open. I usually do not bother to de-fisheye any images as that often results in extremely blurry corners.

At the longest focal length of 15mm, on APS-C the lens acts like a very nice ultra-wide angle lens and distortion can be kept to a minimum if you maintain a level horizon. It is possible to acceptably de-fisheye images shot at 15mm and stopped down to ƒ/8 or greater.

It is a fun lens to use, with striking results, but I do wish that I could shoot full circular images on APS-C. While writing this article I went ahead and order the new and well reviewed, fully manual, 210° angle-of-view, Venus Optics Laowa 4mm ƒ/2.8 circular fisher lens, now available in EF-M mount for $199 USD. 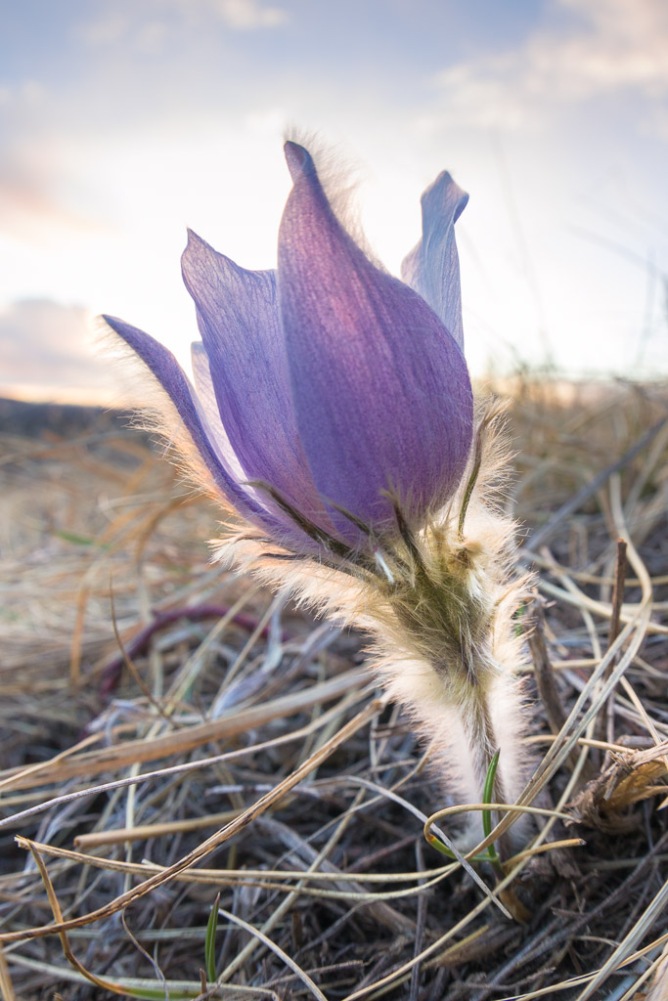 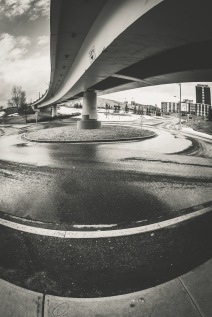 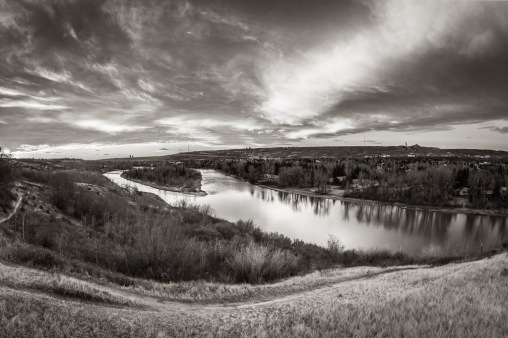 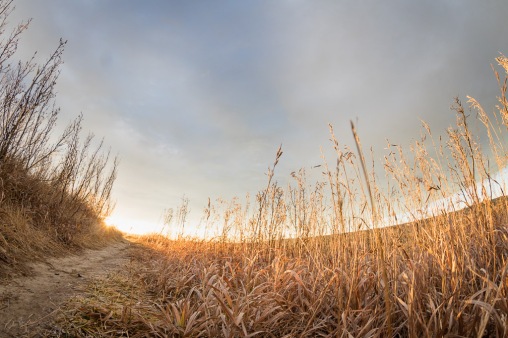 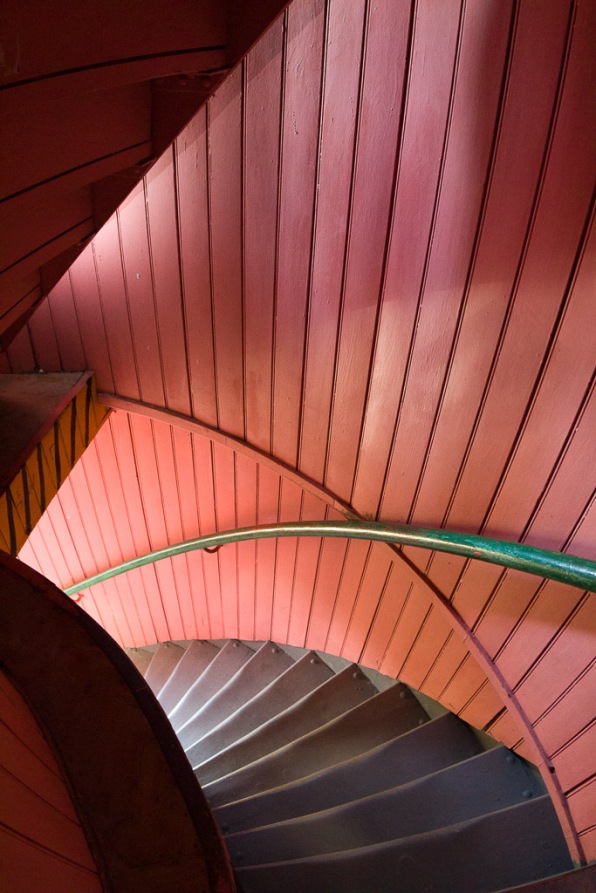 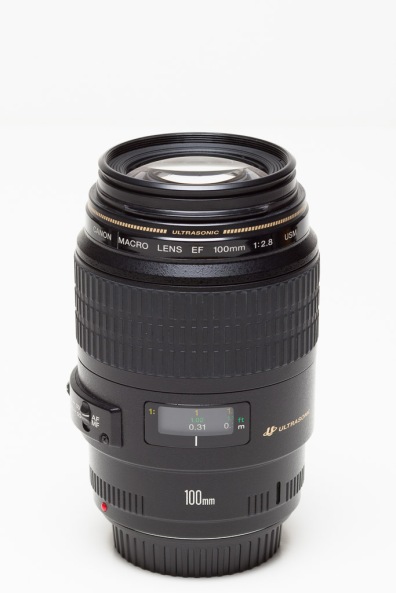 Macro is one of those funny photographic genres: some people do it exclusively, while others would only like to dabble in it. I am in the second group. But the thing is, without a specialized macro lens it is hard to even try out macro photography (which I define as a subject to sensor-projection ratio of 1:2 or greater).

As a dabbler I wanted a fairly fast but inexpensive lens with 1:1 magnification. A shorter focal length (e.g., 65mm) offers a smaller lens, but then working distance is also very short. I settled on the 100mm focal length because it would also be useful as an all-round lens and for general studio and reproduction work. To get achieve greater magnification I often use it with extension tubes.

Without image stabilization this focal-length can be tricky to use handheld.

I find that focus stacking is also often required to achieve a decent depth of field, but this is a concern with all macro lenses.

If I was in the market for a 100mm macro today I would seriously consider buying the image-stabilized L-version lens instead (I have seen it priced at $749 with an instant rebate). 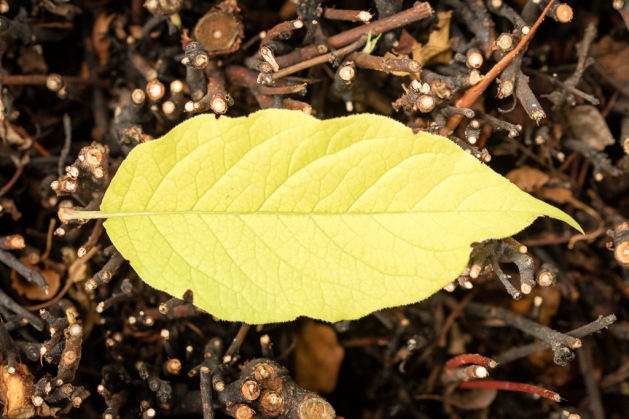 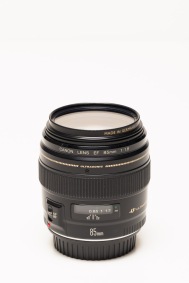 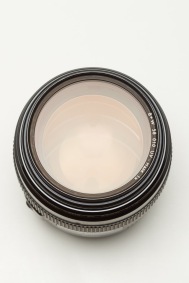 Originally introduced in 1992, the Canon EF 85 ƒ/1.8 USM is a highly prized medium telephoto lens with relatively fast aperture. The large aperture and low distortion of this lens make it ideal for portraiture or any activity requiring high-quality rendering. It has been characterized as the “Bokeh King” for its pleasingly smooth out of focus rendition, especially considering its attractive price.

Mounted on an APS-C camera an 85mm lens is equivalent to a ~135mm focal-length FF lens.

I purchased my copy around 2009. The lens is compact and fast enough that image stabilization is not missed in real-world use (indeed, IS would make the lens bigger). I had intended to use this lens mostly for candid portrait work, but the USM autofocus is rather slow and the focal-length rather long on APS-C, especially indoors. I always love the results, but don’t often find a use for this lens. As such, it only comes out on special occasions. 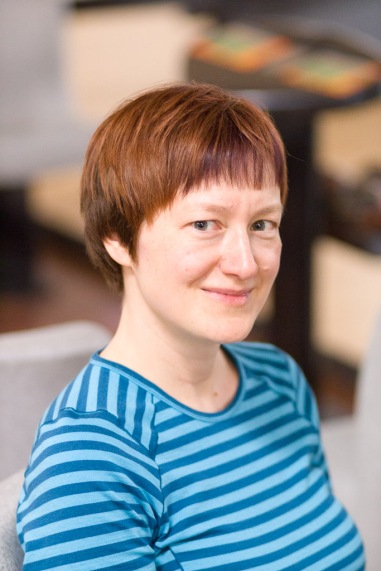 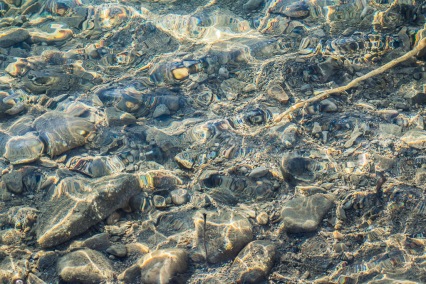 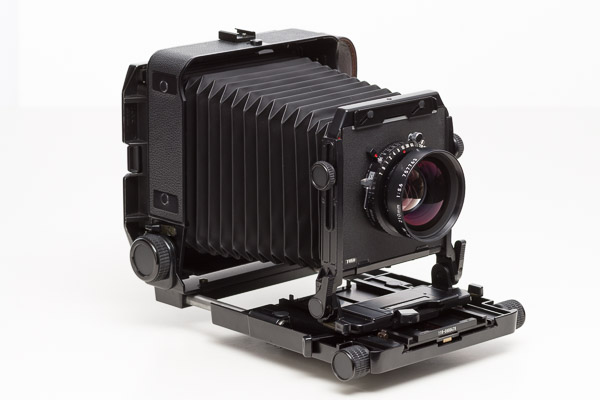 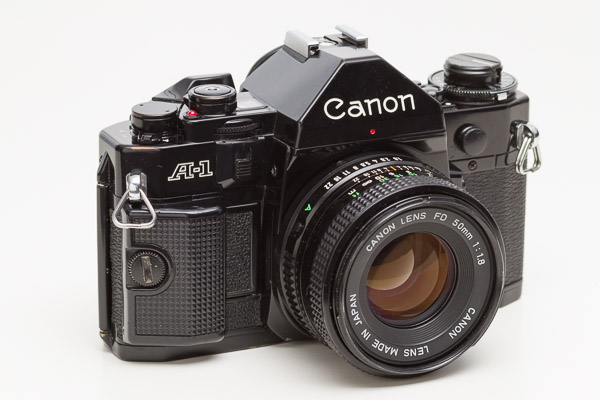 One of the first interchangeable lenses I ever used in the mid 1980s was the Canon FD 70-210 ƒ/4 push-pull zoom. That was a fun lens to use and my dad probably still has it somewhere. When I bought my own used Canon A1 it came mounted with a 50mm ƒ/1.8 and I soon purchased a nice set of used prime lenses from a friend-of-a-friend for an excellent price. I still occasionally use some of these mounted on an FD to EF-M adaptor.

As these lenses were either used to shoot film or on digital bodies but lacking EXIF communication, it is not easy task to identify sample images shot with each lens. I will tackle that project in the future and add samples when I can.

When I made the shift to the EOS M-series of cameras I did so knowing I would adapt my existing (and often quite large) Canon EF lenses to the diminutive mirrorless APS-C sensor bodies. That has worked out fine for the most part and I’ve made many successful photographs with these adapted optics. Even the Tamron 150-600mm, which I have never even used in an EF amount body, has worked out quite well on the larger EOS M5.

The native Canon EF-M lenses were, for many years, highly underrated. The photographic community loved (and still loves) to disparage the tiny quantity of native EF-M lenses Canon has released. It’s fair to say that Canon could have done better than 8 lenses in 7 years, but the lenses they have released are all quite good, some optically class leading, especially given their tiny size. I also appreciate the consistent understated aesthetic Canon has used with these lenses.

Would it be nice to have a few more fast primes? Sure, but personally I do not feel limited by the current selection. The 22mm ƒ/2.0 pancake is fast enough for indoor work, though it could be sharper. A fast 15mm (24 equivalent) would also be handy for those who like something wider. On the long end, would a 54mm ƒ/1.4 (85mm equivalent) make a nice portrait lens? Sure, but I don’t really see M-series cameras being used for serious portraiture. At the moment, the fast 32mm ƒ/1.4 is a tack-sharp and versatile allrounder—good for portraits, low-light, and street photography—one of my favourite lenses ever.

You could argue that three fast fixed aperture zooms—wide-angle, standard, and telephoto—are missing from the EF-M line-up. Again, I would love to see these lenses made, but I’m not sure the target market would want the larger sizes and higher prices that these lenses would entail. 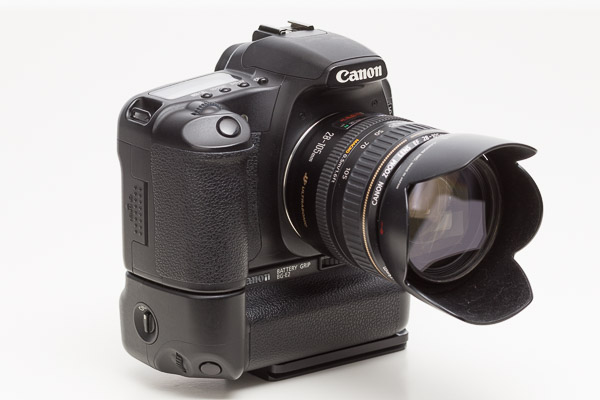 I purchased my first EF mount lens, the original black Canon EF 80-200 ƒ/2.8 L “magic drainpipe” in the early 1990s. That lens is a tank and still going strong. Several other lenses from the film era did not fair as well and have been retired to the gear-closet in the sky.

I’ve actually never owned a full-frame DSLR, but ironically I’ve also never owned any cropped-sensor specific EF-S mount lenses either. I know some Canon EF-S lenses are excellent value, but I guess I just never wanted to paint myself into a corner—the dream of owning a full-frame sensor body persists.

< Back to the Photography Museum

Photographic lenses shape the light that we record with photographic film or digital sensors. They range in construction from cheap plastic toys to modern glass marvels of optical science, and vary in price from hundreds to thousands of dollars. While better lenses result in objectively better recordings of light, photography is an art as well as a science and sometimes a photographer’s vision is better captured by a slightly inferior lens with more character.

My choice in lenses has often been dictated by a certain amount of pragmatism. I don’t mind spending money on quality technology, but I also balance desire with the reality that for most of my photographic career I have simply been an amateur enthusiast. I’ve had the pleasure of owning several top of the line professional instruments, but I’ve also immensely enjoyed many cheaper, more compromising lenses (often with barely noticeable differences in image quality).

I’ve generally avoided using third-party lenses. While often less expensive than native lenses, that savings used to come at the cost of quality. Now third-party lenses from Tamron and Sigma are first rate, but one still has to worry about compatibility issues with new camera bodies. Native lenses largely avoid such problems and just work.

Most of my photography is landscape, nature, or architecture. Sports and people are rare subjects. As such I have always tended to prefer a wide-angle field of view, with the occasional long telephoto lens session done for variety. 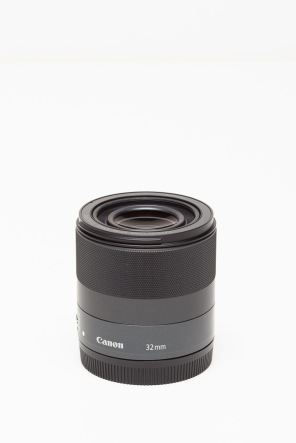 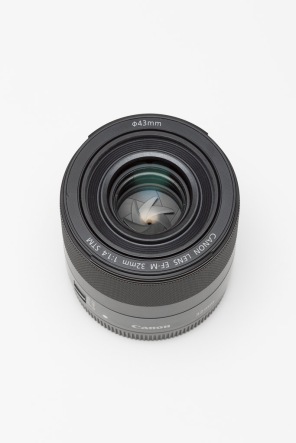 < Back to the Photography Museum Lenses: Canon EF-M Mount

The Canon EF-M 32mm ƒ/1.4 STM (released 2018) is Canon’s fastest lens for EOS M-series cameras and only their third prime for the system. It is also arguable the sharpest EF-M mount lens.

This lens initially flew under the radar as it was quietly announced the same day as the EOS R, Canon’s inaugural (and controversial) full-frame mirrorless camera body.

In late 2019 my sister-in-law was due to have a baby and my wife was going back home to Poland to help out. I was going along, but would be on my own for much of the month, so I planned to take my EOS M5 along to pass the time. At the last minute I decided to buy and take the Canon EF-M 32mm ƒ/1.4 STM as I knew I would be called upon to take pictures of the new baby. This decision turned out to be very worth it as I also spent many days walking around the city and the forest with this lens.

A 50mm equivalent lens is not the focal length I normally gravitate towards, but a fast and sharp prime is always a joy to use. Using a fixed and unfamiliar focal length is also a very good creative challenge, forcing one to see and compose differently.

The one issue I have with this lens (which is a common problem with many fast primes) is fairly strong lateral chromatic aberration. The resulting purple and green fringing can be corrected, but unfortunately the built-in Adobe Lightroom lens profile is woefully inadequate in this respect and I often have to spend a lot of time applying manual lens corrections.

This is one of two Canon EF-M lenses to date that lack optical image stabilization (the other being the Canon EF-M 22mm ƒ/2 STM). The omission of stabilization is understandable as it would make an already bulky lens (in EF-M terms) even bulkier, and the fast aperture reduces the need for stabilization when shooting stills. 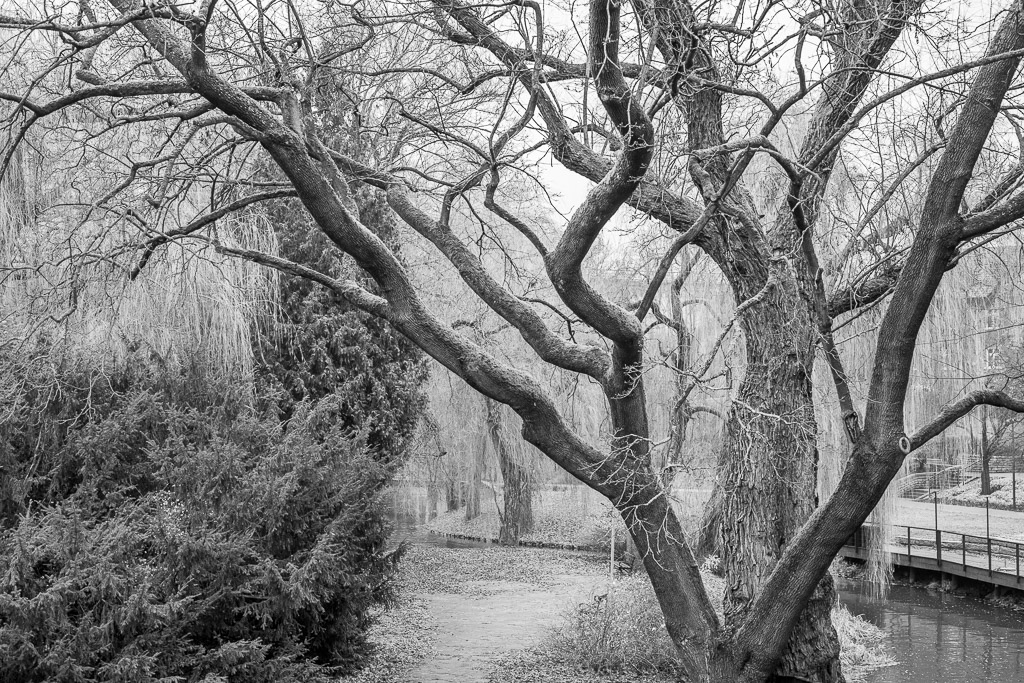